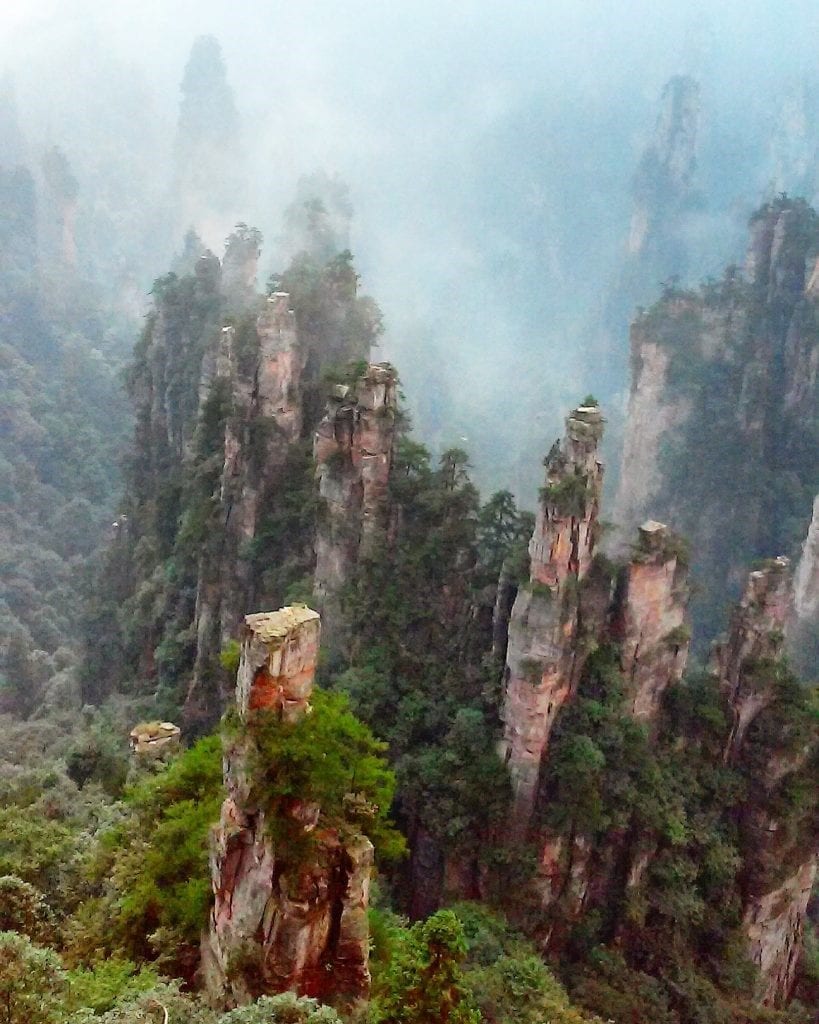 Overcoming Fear as a Solo Trekker in Zhangjiajie Mountains of China

My very first entry to China was through the Hunan Province in 2014.  As it turns out it, if you’re new to China, Hunan will shock you because it is far from the notion of a foreigner mecca in terms of tourism.  In fact, the entire time I was in this part of China, I only saw one Western foreigner – a European who was studying the language and therefore able to move around the country with ease.  He told me he was on a short break and his parents were in town so he was acting as their guide in this part of China.  He also happened to be staying at my hostel.

The night spent chatting with him was unforgettable.  This said individual challenged my decision to be in Hunan.  He bluntly asked what I was doing there as he was concerned that I didn’t speak any Mandarin at all.  He added that a better move would have been to go visit Guilin first or one of the big cities like Shanghai or Beijing, even Xian.  But Hunan – he asked why.  With enthusiasm, I explained that I was there because I wanted to see the Avatar mountains, also known as Zhangjiajie National Forest.  That explanation appeared to baffle him. Still, why would I start my China travel by hitting Hunan first?  He continued to counsel me that getting around will be difficult and that I should be prepared to navigate my way because even getting to the National Forest will be a challenge.   So, I said, well, I will get a map!  No, you just don’t get it.  Even the map is devoid of English completely, he says.  Okay, I heard the warning.  But I wasn’t dissuaded about my decision to be there.   Even though a bit nervous because he insisted that I will likely get lost, I kept reassuring myself that there is always a way.  Plus, this was nothing new.  I have been in a situation before where I was overwhelmed by the language issue (Guatemala) and that experience turned out to be life changing.  So, hush that worry-wart – it will always work out for the best.

I never was able to shake off that night of conversation with this European guy who was understandably concerned for my sake.  It was amusing but also I must admit a bit disturbing.  After all, it was my very first night in China and to begin with I was already a bit concerned about how I would do in this country without much language skills to get me by.  So, that night I told myself it will be alright even if it means I may get lost.  That’s part of the adventure, right?  I didn’t come to a foreign place to be on point with all directions and roads.  I came to see where the roads will take me and what turns I would need to make to find the right way.

On a much more positive note, the hostel I stayed at was one of the hostel chains through the Hostelling International. It was a cosy place for a first night in China.  I was really just looking into resting my head in the upper bed of the bunk for some good night’s sleep.

The next day I made my way to the smaller town of Wulingyuan where I was to catch the bus to enter Zhangjiajie.  On my stop over at Wulingyuan, I decided to check out the cave nearby which was probably the most touristy cave that I have ever seen.   Although the cave was huge and appealing in its size, there was nothing special about it; nonetheless, it was a good way to get used to dealing with the “crowd.”  At my hostel in Wulingyuan, I met by a coincidence a Cambodian traveller and we chatted a little.  He was travelling for a few months and had positive things to say about his travels in China, which was a refreshing moment compared to the night before.

The next morning I made it to Zhangjiajie without a problem. Thanks to the hostel staff who explained to me how I could get to the place.  The European guy was right.  There was no English whatsover to be read or heard except for some silly signs (see below). This was the beginning of my journey as the ‘mute’ version of myself.  Sounds crazy but in many ways, it was a blessing because it allowed me to learn the value of being “mindful” of what people were actually saying in any means possible.  That turned out to be such a critical part of my trip.  I know that is such a weird thing to say but, seriously, muting myself made China a wonderful experience, most definitely.

To fully explore Zhangjiajie, I decided to spend 3-4 days inside the park. From my research, the karst-like peaks are elusive due to the foggy situation of the park.  Usually, the mountains are hidden behind thick fog; hence, I was not to have a high expectation of catching a glimpse of these pillars of beauty.   To execute my plan, I decided to stay inside the park where a hostel was available to budget travellers.  It was a basic hostel with a nice bed to myself (not even bunk) within a little village.  I suspect the people in that village are people who work at the park.  Living within the park is the convenient way given the park takes up a huge space.  Like any other national park in China, the mode of getting around within the park is through their shuttles which run from sunrise to sunset.  China is efficient when it comes to shuttles for parks and so much so that one should not feel discouraged by the crowd factor.  Oftentimes, the lines go faster than you expect.

To maximize my time in Zhangjiajie, I planned out the routes to take in order to see most of the highlights of the park.  With the park map in hand, I basically divided each day by which areas to hike so I can capture the mountain peaks.  The map itself was in Mandarin and so I relied mostly on the hostel staff (again, which was the pattern) to help me figure out the most viable itinerary.  The first day presented as super foggy and it was discouraging to go through the trails knowing there is beauty hidden behind such fog but not being able to see it.  Luckily, my luck changed and when the afternoon came, I was able to experience the magical beauty of the mountains in Zhangjiajie.  For the next two days, the fog came and went.  Having the fog was actually adding to that mysterious feeling behind the mountains.  Hiking in this park does require luck and patience in order to capture the mountains at the right photographic moment.

As an added bonus, during my stay within the park, I met a lovely couple from Beijing who befriended me at the hostel and who spoke good English as is the case with people from big cities in China.  They became my hiking buddies for the entire duration of my hiking in Avatar.  After immersing ourselves in hiking each day, our days ended with home cooked meals at the hostel – the best part of being friends with locals is that they can help you order food at restaurants.  Travelling solo without language skills has its downside and that is the difficulty of figuring out what to eat each mealtime.   When we returned to the city, the couple and I had our one last meal together which I often recall being such a feast! 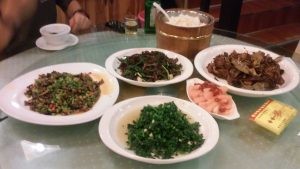 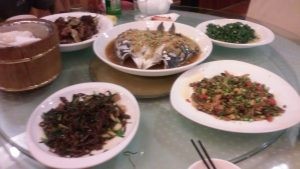 Oh, and we did go to another park in the city center that was like the mini-Avatar but the park charged quite a more expensive entry fee.  That was a waste because it was foggy the entire day we were there.  The only upside is we did go check out some gorgeous temples.  The couple found it necessary to enter one of them to ask the gods for a child as they have been wanting to have their first one. I also fancied the conversation I had with the couple about how the locals gravitate towards spending more time with nature as they get older for they believe that by doing so, it lengthens their life and adds joy.

Zhangjiajie is worth a visit.  Yet, only a few foreigners ever make it to this part of China.  That’s good for western travellers as you can still feel the authenticity of the locals.  No one is aggressively pestering you so they can make a sale of some sort.  The entire park is still catered only to serve Chinese tourists which makes for a unique experience on its own.  And the mountains?  Yes, it was zen.  I had an opportunity to hike solo on the first day and an early morning hike on another day by myself (without the crowd) and it was an amazing place to just be on your own – a serene experience.  Contrary to what the European guy said, I think starting this journey with Zhangjiajie was setting the bar quite high.  It had to get better from here.

And sorry to disappoint Mr European guy, but not once did I get lost!  And even if I did, the park was not as intimidating as I thought it would be.  And the locals themselves are much friendlier than anticipated.  They truly like to help and that was also how I was able to get around without knowing a word of their language.  So, as a solo trekker who found language to be a challenge, don’t let it stop you!  Have faith that with a bit of luck and some effort on your end, you’ll be perfectly fine.  Plus, you will always end up with new friends. 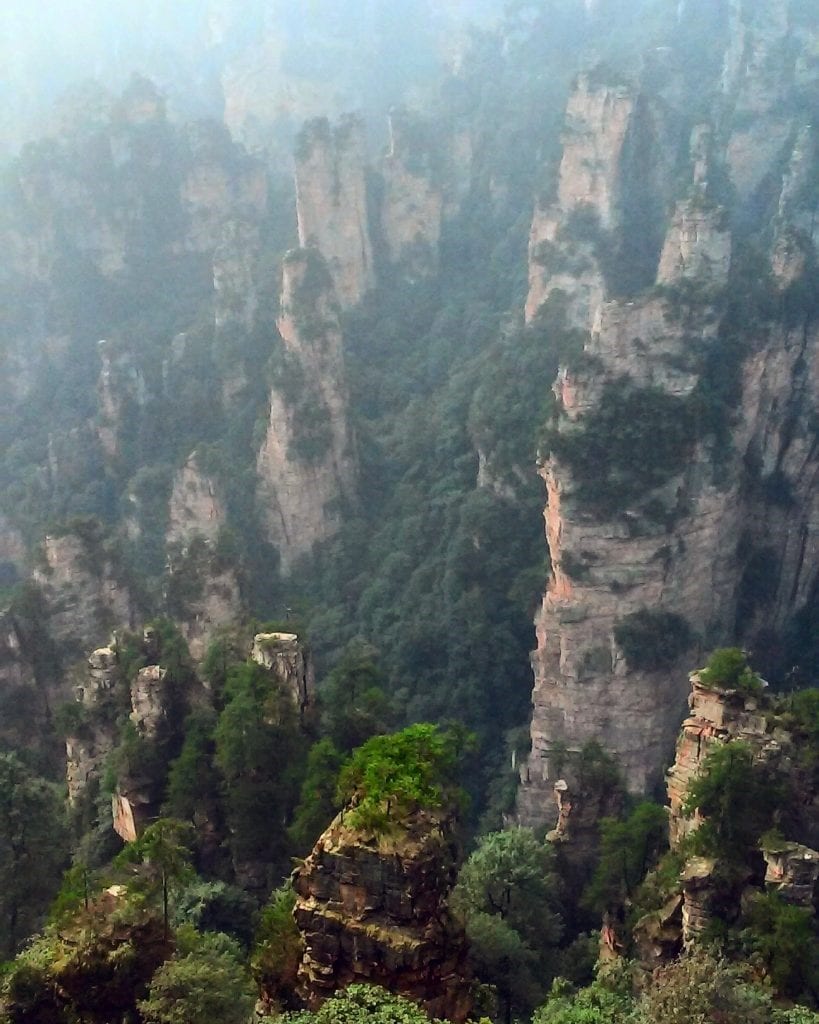 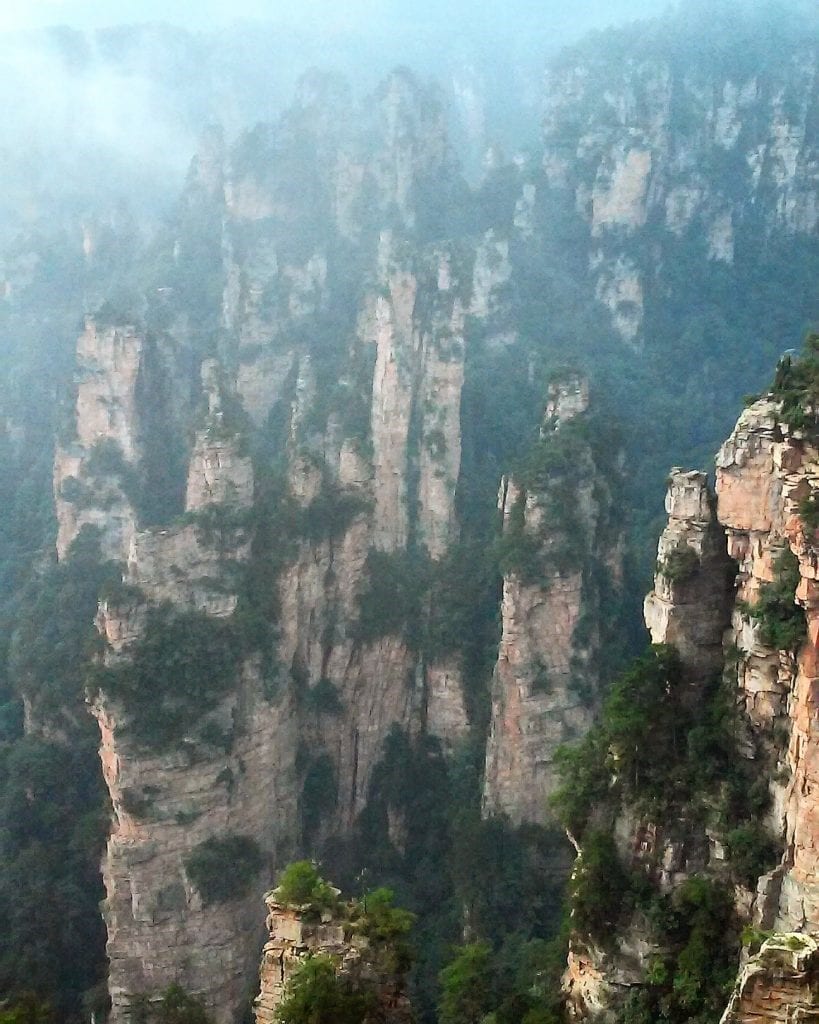 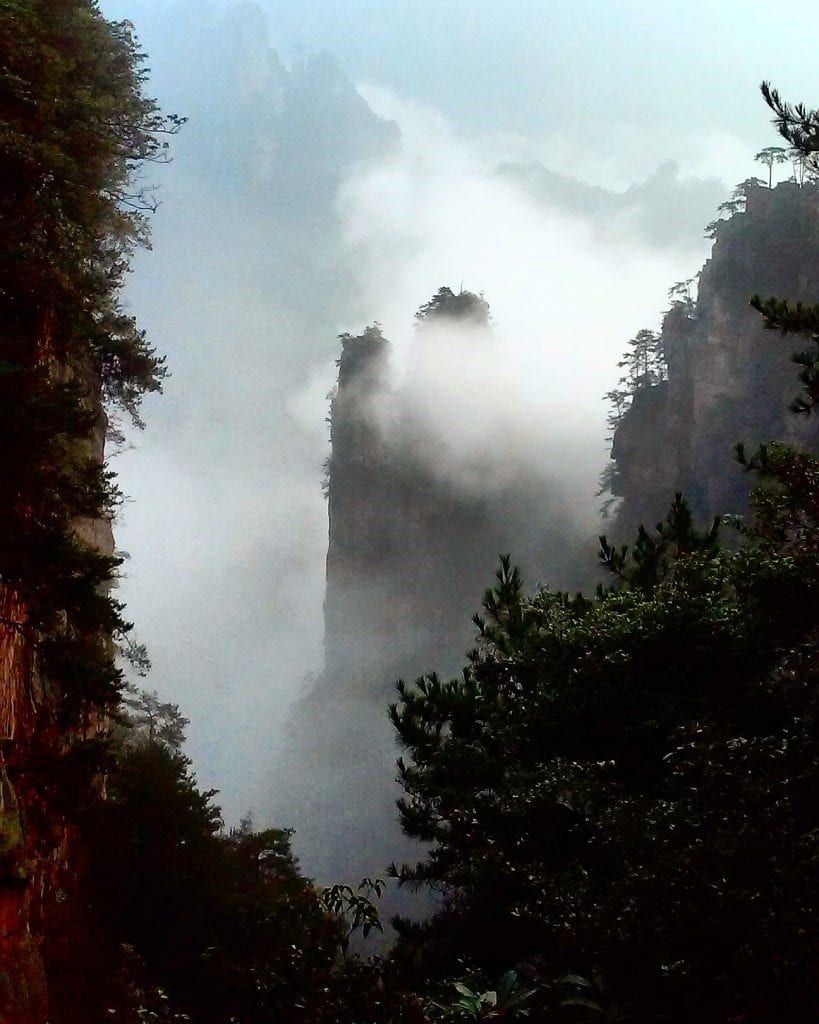 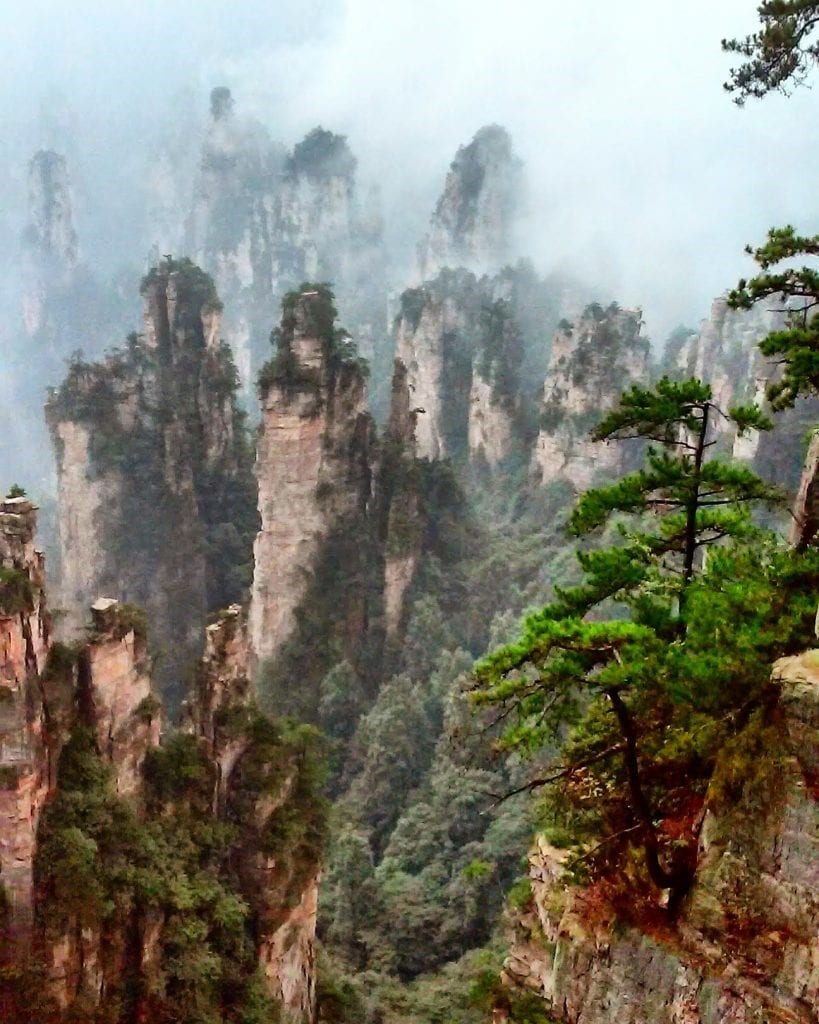 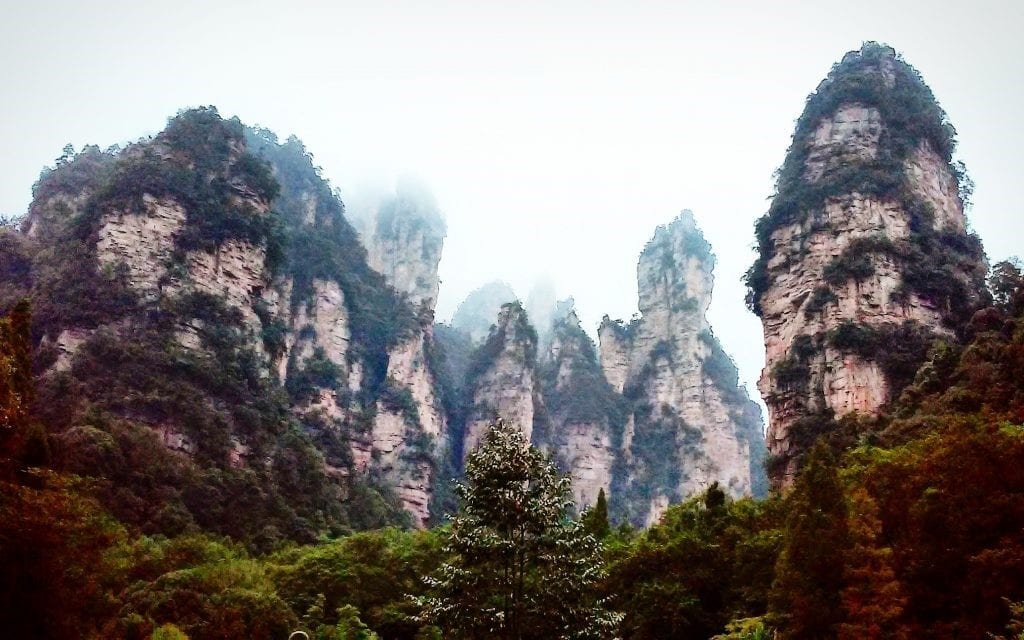 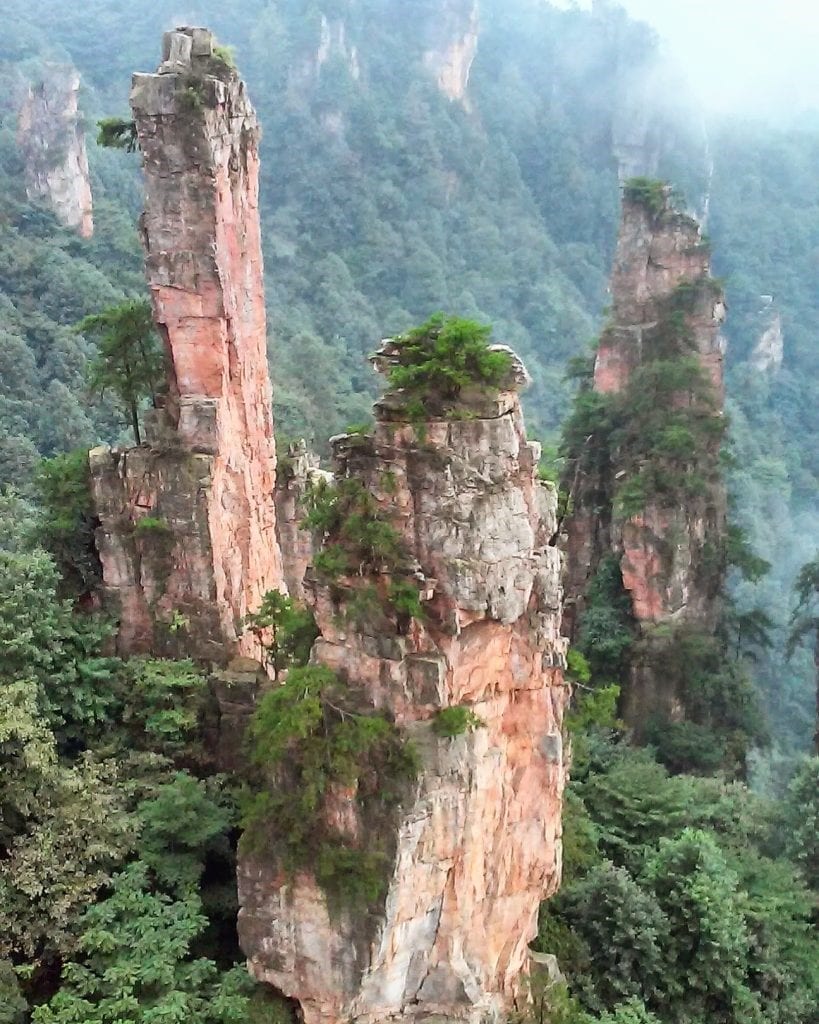 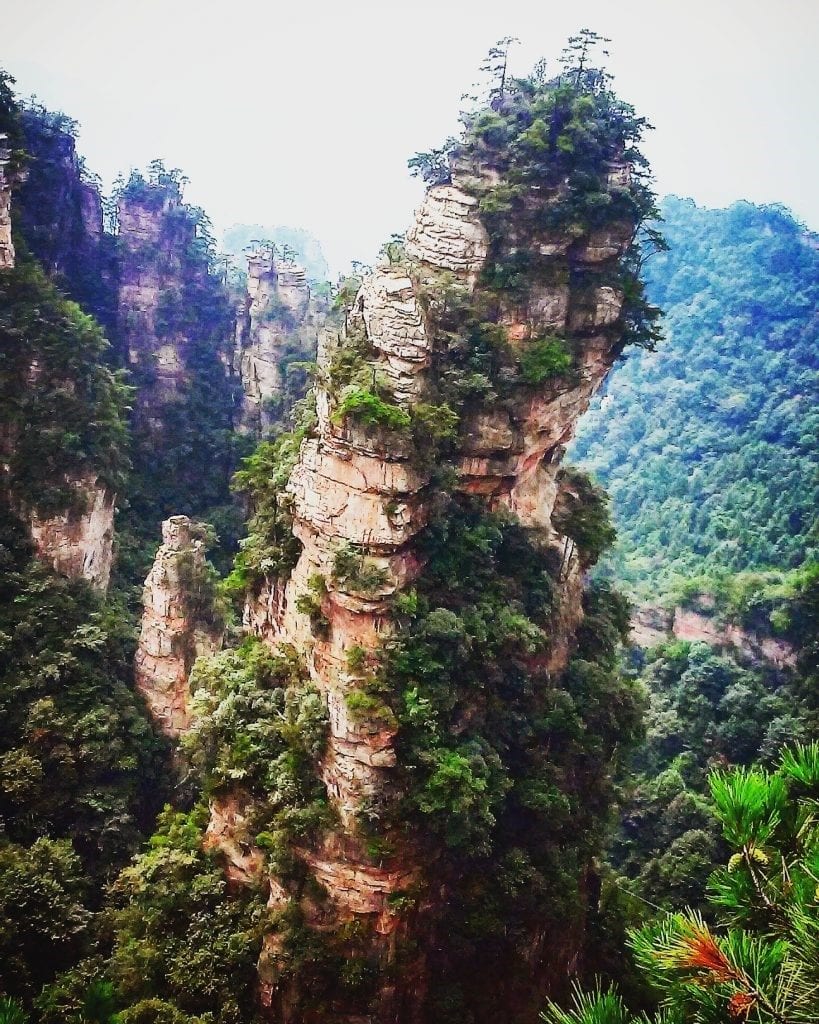 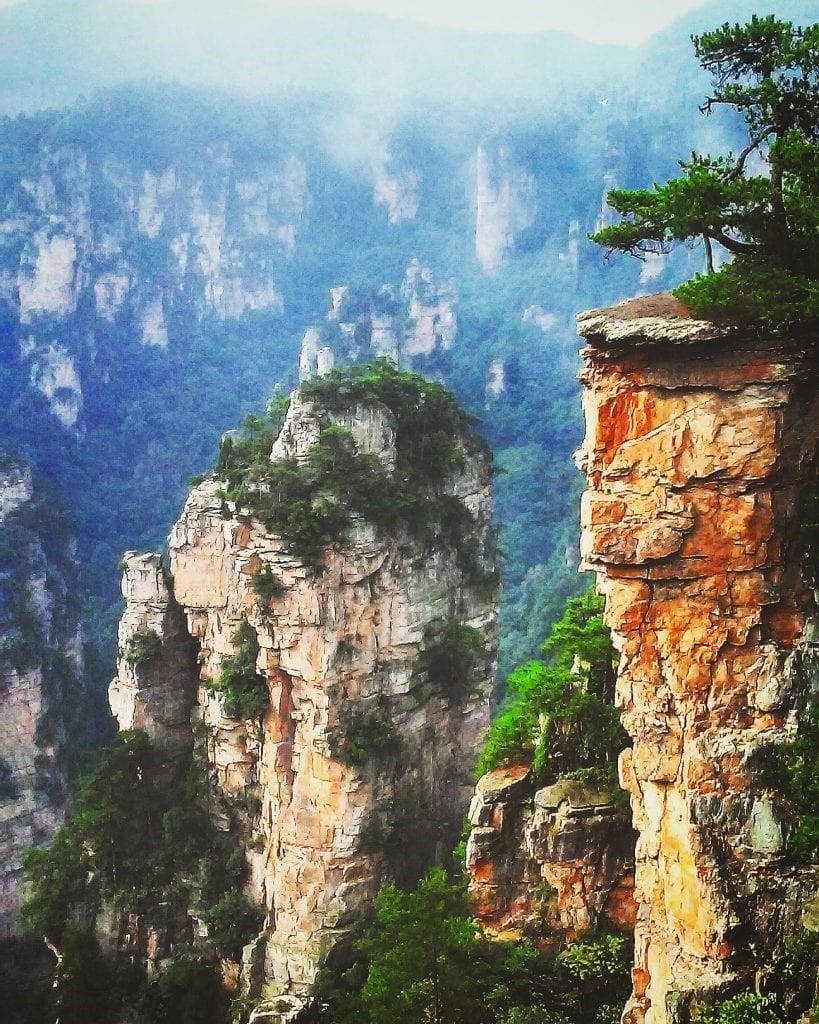 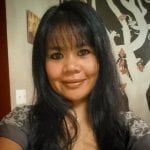 Brown Gal Trekker (Marinel de Jesus) is a nomad at heart who survives the mountains to write about them.

She launched her social enterprise, Peak Explorations, in 2016 to market lesser-known mountain regions globally as trekking destinations with a focus on solo travellers while supporting local sustainable tourism.

Along with her blog, Brown Gal Trekker, Peak Explorations aims to promote women and diversity in the outdoors.

41 thoughts on “Solo Trekking in Zhangjiajie Mountains of China” 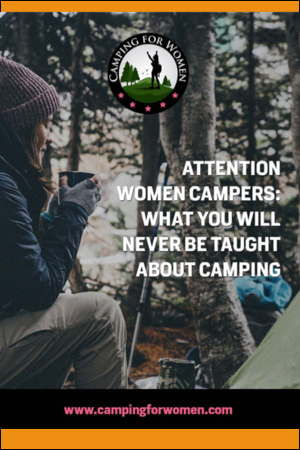 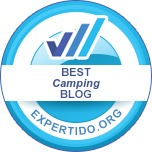 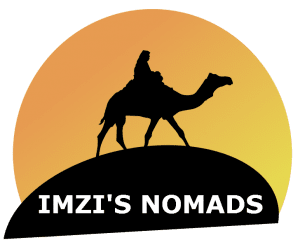 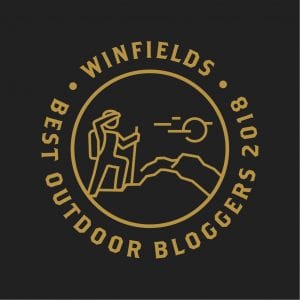 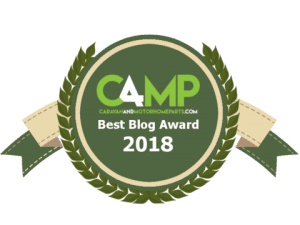